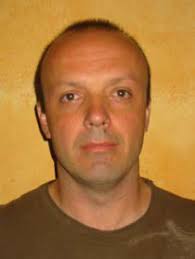 Anionic and cationic polymerizations in emulsion: (successfully) tilting at windmills!

The polymerization of organic monomers in water is a wide field of research, in particular in free radical polymerization.  Other catalytic polymerizations (e.g. metallocene, ROMP,...) have also shown to work in conditions where i) the catalyst is not degraded by water and ii) it partitions between the monomer droplets and the continous aqueous medium to favor chain propagation.  We have been working for almost 20 years now on the anionic and cationic polymerizations of various cyclic and vinylic monomers in dispersed media, with continuous but slow progresses.  Quite recently however, we have demonstrated that either oligomers with perfectly controlled chain ends or long (co)polymer chains could be generated by the cationic process.  This has been possible by the introduction of new catalysts, namely B(C6F5)3 and so-​called Lewis Acid Surfactant Catalysts (LASCs), respectively, that are both bulky, so very efficient, and water-​resistant Lewis acids.  This seminar summarizes the results from the origin to the most recently published works, with specific hints of both the chemistry and physical chemistry of the systems.

author bio: Dr Francois Ganachaud studied chemistry at CPE Lyon, before graduating a Ph. D. in 1997 from Lyon University under the supervision of Dr Christian Pichot. After one year postdoc in University of Sydney, he took a CNRS research position first in Paris (1999-2003), then in Montpellier (2003-2011, habilitation in 2004) before going back to Lyon in Sept. 2011. His current research interests are: i) ionic polymerization in aqueous media, ii) functional silicones and related materials, iii) emulsification by Ouzo effect.